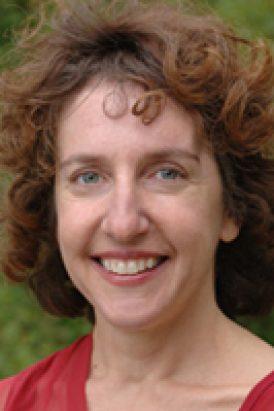 Barbara Koremenos was born in Indiana (the diverse and urban Northwest part of the state), went to Kalamazoo College in Michigan, and graduate school at the University of Chicago. She therefore is a Midwesterner at heart and only lasted seven years in Southern California.

She went through college on a theater scholarship for acting. She also took a bunch of economics classes because she felt that she would learn things to help her run the family kitchen and bath business. Midway through college, her brother-in-law took over the business but, by that time, she liked economics even though it taught her nothing about kitchen and baths. Her senior year, she was offered a research assistantship at the Brookings Institution. She immediately found out what Brookings was. It was there she was first introduced to theories of political economy and heavy-duty politics.

She now draws on her economics background and her interest in politics and demonstrates that international agreements and institutions are consequential and their specific design features are, in great part, what make them stable and hence consequential. She uses economic methodology to show that their features vary in systematic and important ways and are deserving of focused research. Like scholars in international law, she takes seriously the actual provisions and details of international agreements and organizations. However, she goes beyond the descriptive work that characterizes much of international law to show theoretically that the careful choice of these provisions makes international cooperation both more likely and more robust.

Koremenos has been a Kroc Fellow at Notre Dame and currently has affiliations with both the Liu Institute and the Kellogg Institute. She has published in both political science and law journals, including American Political Science Review, International Organization, Journal of Conflict Resolution, Journal of Legal Studies, and Law and Contemporary Problems.

Koremenos received a National Science Foundation CAREER Award for her research — the first such winner to study international relations and law. She has been invited to give seminars at academic institutions in the United States, Canada, Germany, Greece, Italy, Japan, South Korea, Spain, and Switzerland. She has spoken at the American Embassy in Copenhagen and for the UN Director-General’s Office, and was part of a small-group panel at the State Department to discuss issues of nuclear proliferation.

Other Publications by Barbara Koremenos

“If Only Half of International Agreements Have Dispute Resolution Provisions, Which Half Needs Explaining?” Journal of Legal Studies, 36: 189, January 2007.

“Leadership and Bureaucracy: The Folk Theorem and Real Folks,” Rationality and Society 17: 35-79, February 2005.

“Sustainable Peace Agreements in the Age of International Institutions,” in Richard N. Rosecrance and Arthur A. Stein, editors, No More States? Globalization, Self Determination, and Terrorism, Rowman and Littlefield, 2006.