The Center for Political Studies (CPS) brings rigorous data analysis to bear on issues surrounding the integrity of democratic institutions, the role of media in society and government, and citizens’ perception of information and truthfulness in civil discourse.

Scholars at CPS represent a wide range of disciplines with appointments in the fields of communications, complex systems, history, natural resources, political science, psychology, public policy, social work, and statistics. Guided by a commitment to quality and transparency in research, CPS is a leader in the development and dissemination of public goods for the benefit of science, policy, and society.

A history of innovation

Over its five-decade history, CPS has expanded its research focus. In 1970, the success of the Michigan Election Studies, and the additional political research they generated, led to the establishment of CPS as a research center devoted to political research on issues such as individual voting behavior, media and politics, and institutional effects on policies and individual behavior.

Today, CPS is diverse in its intellectual agendas and methodologies – building links between comparative, world, and American politics, and building bridges between the study of individual behavior and political and economic institutions. The center’s mission has further extended to helping develop local capacity for social science research in other institutions and countries, training in quantitative analysis and survey research methods, and interdisciplinary collaboration with other fields on common issues and scientific problems.

Click here to read a message from CPS leadership regarding work climate and work culture. 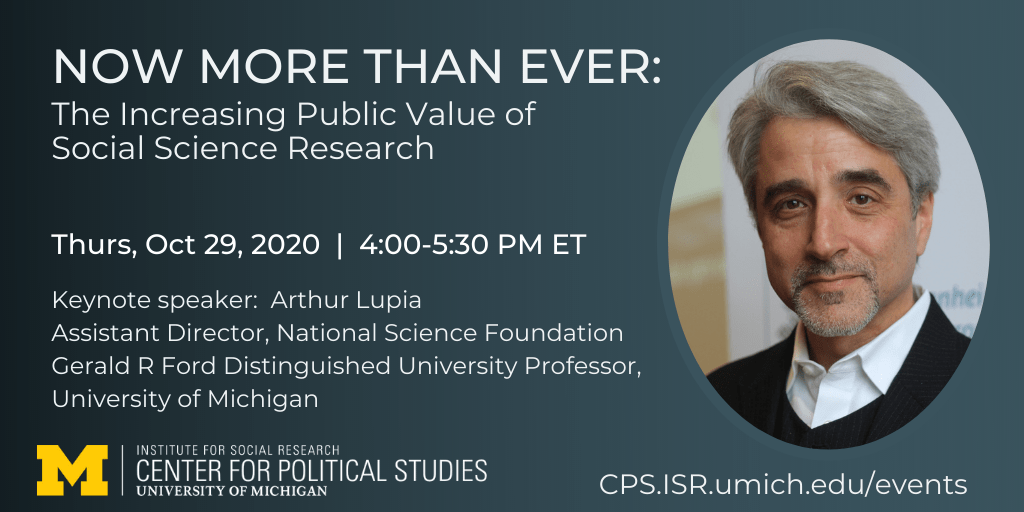 On October 29, 2020, CPS celebrated 50 years of excellence in social science research with an event featuring a keynote address by Arthur Lupia, “Now More Than Ever: The Increasing Public Value of Social Science Research.” Many alumni and faculty also shared their reflections on what the center has meant to them. Click here to view a recording of the event and statements about CPS.