Posted May 11, 2021. ANN ARBOR– Ronald F. Inglehart, 86, died on May 8, 2021, after a long illness. One of the world’s most cited political scientists, Inglehart published over 400 peer-reviewed articles and authored or coauthored fourteen books during his career. His books have been translated into many languages, and his theories have been analyzed and studied in most global and regional contexts.

Inglehart was born on September 5th, 1934 in Milwaukee, Wisconsin, and was raised in Glencoe, Illinois. He earned his undergraduate degree at Northwestern University, and his Master’s and PhD at the University of Chicago. In 1963-1964, he was a Fulbright Scholar at Leiden University in The Netherlands. He taught political science from 1966 to 2021 at the University of Michigan, where he was the Amy and Alan Loewenstein Professor of Democracy, Democratization and Human Rights, and Research Professor Emeritus at the Institute for Social Research. He also was the founding director of the Ronald F. Inglehart Laboratory for Comparative Social Research at the Higher School of Economics in St. Petersburg, Russia.

Inglehart’s research transformed the way that social scientists understand the role of human values and cultures in societies worldwide. In his seminal work, The Silent Revolution (1977), he used extensive survey evidence to argue that, in contrast to their parents and grandparents, younger generations growing up in secure and affluent post-industrial societies, developed “post-materialist” values. This orientation, he wrote, “emphasizes self-expression and quality-of-life over economic and physical security.” These notions have become commonplace in the social sciences, largely because of Inglehart’s groundbreaking research. He refined his ideas of societies’ changing values and culture.

“He was truly a pioneer in using survey data to measure and compare culture across countries. Thousands of researchers have used data from the World Values Survey (WVS), which he founded and directed until recently. Widely referenced and very influential, too, are his conceptual contributions, including the value dimensions he identified and used to situate each country in a two-dimensional cultural map,” says Mark Tessler, Samuel J. Eldersveld Collegiate Professor of Political Science.

Inglehart helped found the Euro-Barometer surveys, and is recognized internationally for his work as the founding president of the WVS, conducting longitudinal representative national surveys of over 100 societies since 1981. For these last four decades, the WVS has gathered data about the values of ordinary people, and what they think about their lives, societies, economies, and politics.

“Inglehart’s ideas have been central to our understanding of public opinion and cultural change,” says Ken Kollman, Director of the Center for Political Studies at the Institute for Social Research at the University of Michigan. “He had a remarkable way of analyzing cultural change across time and space that helped people contextualize their own societies and compare countries.”

A Fellow of the American Academy of Arts and Sciences and the American Academy of Political and Social Science, Inglehart received honorary degrees from Uppsala University in Sweden, the Free University of Brussels in Belgium, Leuphana University Lüneburg, Germany, and was a co-winner of the 2011 Johan Skytte Prize in Political Science, the most prestigious international academic award in political science. He was a visiting professor or visiting scholar in France, Germany, the Netherlands, Switzerland, Japan, South Korea, Taiwan, Brazil, Nigeria and New Zealand, and served as a consultant to the U.S. State Department and the European Union.

Says Welzel, Inglehart “was in each and every aspect a role model: as a thinker, researcher, teacher, supervisor, mentor, companion, friend, father, husband — in short as a human being. We lose a great thinker and beautiful mind.”

Working with Pippa Norris, Harvard University, Inglehart applied these concepts to understand several contemporary issues. This included religious decline worldwide, and the impact of existential security for these developments. Using WVS data, Sacred and Secular chronicled a global decline in religious belief and practice, especially in affluent societies. With Norris, he also examined transformations in gender equality and roles for women and men. More recently, he also sought to understand the rise of populism and the Trump phenomena, arguing with Norris in Cultural Backlash, that surges these developments were manifestations of a backlash among social conservatives feeling status anxiety, triggered by cultural shifts moving post-industrial societies in a more liberal direction. In Inglehart’s latest book, Religion’s Sudden Decline: What’s Causing it, and What Comes Next, he uses global data to explore under which conditions religiosity declines and its implications for the future.

Inglehart “was a pioneer in expounding bold conjectures about social change which captured the contemporary zeitgeist and then also gathering large-scale cross-national survey data monitoring attitudes, values, and behaviors, to test the comparative evidence for key claims in these social theories” says Norris.

Despite his prominence, Inglehart was known to be modest and down-to-earth, generous with his time, and an excellent citizen of his department and university. He chaired or served on numerous Ph.D. dissertation committees, as well as many other committees. He was also a dedicated instructor and taught courses ranging from large introductory lecture classes to research seminars for doctoral students. Above all, he was warm and friendly, always cheerful, full of good ideas, and always ready to help.

“In addition to creating the intellectual and organizational infrastructure for decades of work in the social sciences,” says Nancy Burns, Warren E. Miller Collegiate Professor of Political Science and Chair of the Department of Political Science at the University of Michigan, “Inglehart trained generations of scholars in comparative politics. These amazing students – former graduate and undergraduate students who lead the world over — were inspired by Inglehart’s breadth, by his warmth and generosity, by his deep commitment to teaching and mentoring, and by his passion for ideas.”

Ron’s impact on the field of political science and commitment to emerging scholars will be felt for decades to come. If you would like to make a gift in memory of Ron, his family has asked that donations for a student research scholarship be directed here. 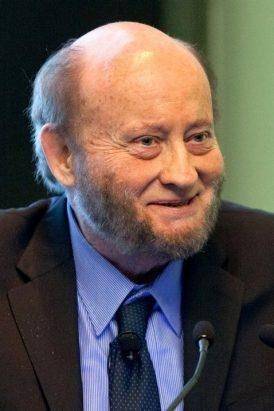 On Friday, October 22, 2021, friends and colleagues gathered to celebrate the life and work of Ronald F. Inglehart. A recording of this memorable event is now available below. Thank you to all of the people who shared memories and honored the significance of Ron’s life and his professional and personal impact.

View a four-minute video of appreciation for Ron:

The Ronald F. Inglehart Scholarship Fund was created in Ron’s memory. This fund supports research and travel by early career scholars to study comparative politics, with a preference for graduate students traveling internationally. Learn more about the scholarship fund.