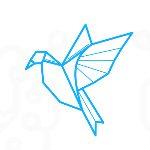 State powers and private industries have historically and symbiotically implemented new information and communication technologies (ICTs) to advance their operational goals—primarily to improve their managerial efficiency and effectiveness. The industrial revolution of the early to mid 20th century has been described as a period when public and private institutions learned to ‘automate’ their operations by designing technologies that completed the work previously done by human agents. The information revolution of the mid to late 20th century has been described as a period when a new generation of ICT infrastructure enabled widespread lateral connectivity of individuals and publics. In turn, the data revolution of the nascent 21st century can be described as having introduced deeper relational opportunities for marrying device data with user networks—powered in large part by the expansion of mobiles, wearables, and the ‘internet of things.’

What do state powers hope to marshal from big data infrastructure projects for their governance interests and goals? Where and when are private high-technology sectors being engaged in constructing and instrumentalizing these infrastructures as governance technologies? How might these developments restructure the evolving relationships between states and citizens, and consumer society and public culture, especially in varying conditions of democratization and development? The project on Big Data Innovation + Governance (Big DIG) examines public and private sector efforts and associated platforms aiming to collect, organize, and instrumentalize population-level data about citizens and consumers.