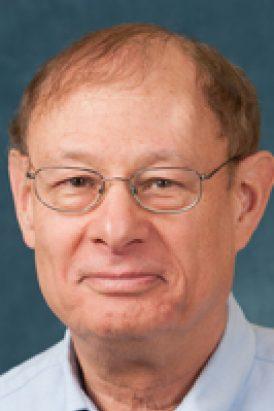 Professor Tessler specializes in Comparative Politics, Public Opinion, and Middle East Studies. He has studied and/or conducted field research in Tunisia, Israel, Morocco, Egypt, Palestine (West Bank and Gaza), and Qatar. Many of Professor Tessler’s scholarly publications examine the nature, determinants, and political implications of the attitudes and values held by ordinary citizens in the Middle East and North Africa. He has focused in particular on attitudes and values pertaining to governance, to women, to Islam, and to international relations. Many of his research findings are brought together in his book, Public Opinion in the Middle East: Survey Research and the Political Orientations of Ordinary Citizens.

Professor Tessler has also written extensively on the Israeli-Palestinian conflict. He is one of the very few American scholars to have attended university and lived for extended periods both in Israel and in the Arab world. His book, A History of the Israel-Palestinian Conflict, has received national honors and awards. Professor Tessler has also spent several years teaching at universities in Sub-Saharan Africa.

Professor Tessler is co-founder and co-director of the Arab Barometer survey project. Since its establishment in 2006, the Arab Barometer has carried out 37 surveys in 15 countries and conducted face-to-face interviews with more than 43,000 respondents. Data from all waves have been placed in the public domain for use by others and may be downloaded from the Barometer’s website. In 2017, the website had more than 100,000 hits and 45,000 downloads of data and reports. Professor Tessler is PI or co-PI on successful proposals that have raised $2.8 million for the next wave of Arab Barometer surveys and associated activities.

Professor Tessler has organized and directed social science research training and capacity-building programs in many Middle Eastern and African countries. During 2019-2020, partially with support from the Carnegie Corporation of New York, this will include six workshops and international conferences to be held in Arab countries.

Robbins, Michael and Mark Tessler, “The Effect of Elections on Public Opinion toward Democracy: Evidence from Longitudinal Survey Research in Algeria,” in Comparative Political Studies, 45 (October 2012): 1255-76

Mass Political Attitudes in the Arab States of the Gulf: Administering the Arab Democracy Barometer in Qatar and Kuwait

Regional Integration in the Gulf: A Survey of Citizen Attitudes toward the Gulf Cooperation Council

From Fareej to Metropolis: A Social Capital Survey of Qatar

Islam and the Search for a Political Formula: How Ordinary Citizens in the Muslim Middle East Think about Islam’s Place in Political Life

Mapping and Explaining Variation in the Interpretation of Islamic Prescriptions: What Do Ordinary Citizens in the Arab World Think their Religion Says about Women’s Rights and Gender Relations?

The Nature and Impacts of Survey-Taking Climate in the Arab World: Findings from Two Survey Experiments in Qatar

What Do Ordinary Citizens in the Arab World Really Think about the Islamic State: Selected Results from Arab Barometer Surveys and a Survey Experiment?

Skeptical Doves: Ideological Dissonance, the Israeli-Palestinian Conflict and the Rise of the Center Party Bloc in Israel, 2006-2015. Why Do You Ask?

The Politics and Identities of Religious Minorities in Non-Secular States: Jews in Morocco and Tunisia and Arabs in Israel during a Period of Transitions

“Generations of Conflict” Exploring Changing Attitudes toward Security and Policing in Palestine from 1994 to 2016.