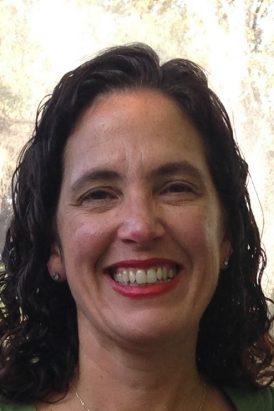 Pauline Jones is Professor of Political Science and Director of the Digital Islamic Studies Curriculum (DISC) a collaborative program of instruction in Global Islamic Studies across the institutions of the Big Ten Academic Alliance that provides students with a truly global perspective on Islam and the Muslim world, at the University of Michigan. Previously, she served as Director of UM’s Islamic Studies Program (2011-14) and International Institute (2014-20). Her past work has contributed broadly to the study of institutional origin, change, and impact in with an empirical focus on the former Soviet Union, primarily the five Central Asia states of Kazakhstan, Kyrgyzstan, Tajikistan, Turkmenistan, and Uzbekistan.

Currently, she is engaged in two major research projects. One explores the influence of religion on political attitudes and behavior in Muslim majority states with an emphasis on the relationship between religious regulation, religiosity, and political mobilization. The other focuses on the identifying the factors that affect the extent to which people are complying with social distancing policies to combat the COVID-19 pandemic and the impact that these policies are having on individuals and communities around the world.

She has published articles in several leading academic and policy journals, including the American Political Science Review, Annual Review of Political Science, Comparative Political Studies, Current History, Foreign Affairs, Politics and Society, Europe-Asia Studies, and Resources Policy. She is author of five books: Institutional Change and Political Continuity in Post-Soviet Central Asia: Power, Perceptions, and Pacts (Cambridge 2002); The Transformation of Central Asia: States and Societies from Soviet Rule to Independence (Cornell 2003); Oil is not a Curse: Ownership Structure and Institutions in the Soviet Successor States (Cambridge 2010), Islam, Society, and Politics in Central Asia (University of Pittsburgh Press, 2016), and most recently The Oxford Handbook on Politics in Muslim Societies (Oxford University Press, forthcoming). Her research has received generous support from several prestigious sources, including the McArthur Foundation, Carnegie Corporation of New York, the Mellon Foundation, and the National Science Foundation.