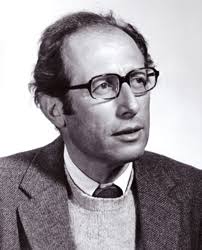 Abramo Fimo Kenneth Organski, professor of political science, College of Literature, Science, and the Arts, and senior research scientist in the Center for Political Studies, Institute for Social Research.

Professor Organski was an internationally known student of world politics. His work on the impact of economic growth on international conflict led to pioneering research on the causes of major wars and on the relationship between the organization of governments and their ability to mobilize resources to achieve policy objectives.

Professor Organski was born in Rome in 1923. He came to the United States in 1939 as his family fled the anti-Jewish laws of the Mussolini regime. After service in the U.S. Army, he earned three degrees from New York University: B.A. (1947), M.A. (1948), and Ph.D. (1951). He joined the faculty of the University of Michigan in 1965 where he remained as professor of political science and as senior research scientist in the Institute for Social Research from 1969 until his death. He was honored as a guest of the University of Bologna on the occasion of that university’s 900th anniversary and was awarded the Cavalieri dela Republica by the government of Italy. His books included World Politics; Population and World Power, co-authored with his first wife, Katherine Davis Fox; Birth, Death and Taxes, written with several of his students; Stages of Political Development; The War Ledger, written with Jacek Kugler; and The Thirty-Six Billion Dollar Bargain.

In 1981, Professor Organski, together with Drs. Jacek Kugler and Bruce Bueno de Mesquita, founded Policon Corporation, now known as Decision Insights, Inc. based in New York, to assist the United States government and private corporations in dealing with complex negotiations and disputes.

At the time of his death, he was Chairman of the Board of Directors of Decision Insights. Professor Organski’s intellectual accomplishments were recognized by numerous honors at the University of Michigan, including the Distinguished Faculty Achievement Award. In 1992, he was awarded a lifetime achievement award by the Conflict Processes Section of the American Political Science Association for his contributions to the study of international conflicts. He had previously been a Social Science Research Council Fellow and a Fulbright Fellow.

Kenneth Organski passed away on March 6, 1998 and will be remembered not only for his intellectual depth and originality, but also for his ebullience, love of language, human warmth, and gift for friendship. He was a devoted husband, father, and grandfather.