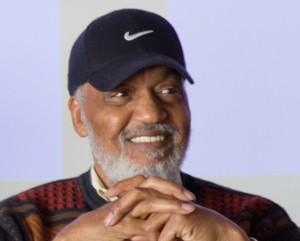 The Hanes Walton, Jr. Endowment for Graduate Study in Racial and Ethnic Politics

Professor Walton received his A.B. degree from Morehouse College in 1963, his M.A. degree from Atlanta University in 1964, and his Ph.D. degree from Howard University in 1967. He held faculty positions at Atlanta University (1966 and 1971 -72), Howard University (1965-67), Savannah State College (1967-71), and the University of Georgia (1984-2013). He joined the University of Michigan faculty as a professor in 1992. He was also appointed faculty associate in 1992, and promoted to senior research associate in 2002, and research professor in 2003. Beginning in 2009 he served multiple terms as secretary to the faculty in the College of Literature, Science, and the Arts.

A renowned political science scholar, Professor Walton’s work focused on race and politics. His research explored a wide range of topics including the presidency, elections, political parties, black political participation, black conservatism, and African-American involvement in political parties. One of the most influential and productive political scientists to emerge from the civil rights era, Professor Walton published numerous journal articles, several book chapters, and authored more than twenty books including Black Politics: A Theoretical and Structural Analysis (1972), When the Marching Stopped: The Politics of Civil Rights Regulatory Agencies (1988), and American Politics and the African American Quest for Universal Freedom (2000). He was an inspiring and accomplished teacher, who taught courses including Introduction to American Politics, American Political Parties, The American Chief Executive, and Black Americans and the Political System. Professor Walton will be remembered for his in-depth subject knowledge, sense of humor, and ability to connect with his students. He was a caring and supportive mentor to his countless graduate and undergraduate students, many of whom have gone on to distinguished careers in academia and industry.

Posted January 15, 2013: We announce with great sorrow that Center for Political Studies (CPS) Professor Hanes Walton passed away on Monday January 7, 2013. CPS Director Nancy Burns notes that “Hanes Walton transformed a field. With his books on black politics, he created the theoretical and empirical building blocks for the study of African-American politics and political behavior. He was a key mentor to generations of scholars in the field. Walton was a generous and passionate scholar and colleague.”